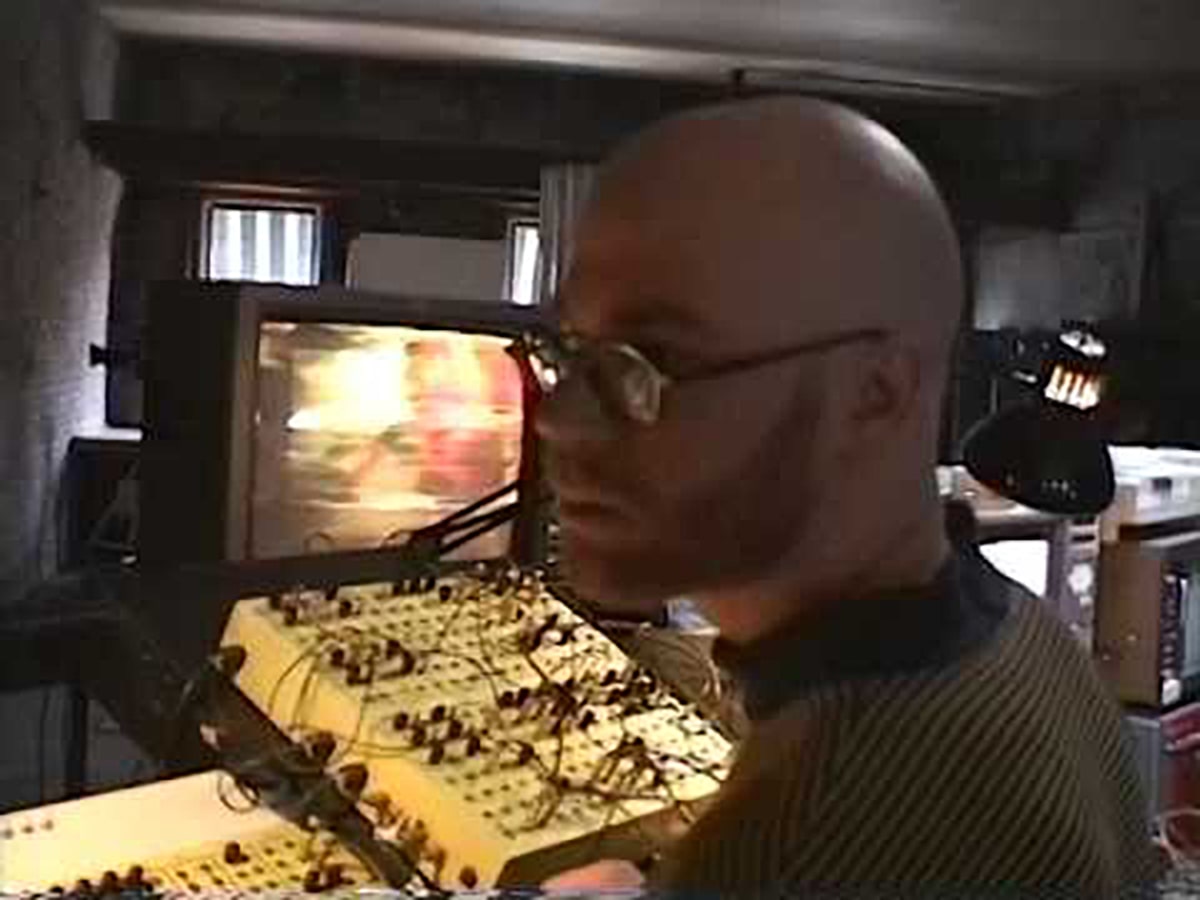 Experimental Television Center. Looking at those three words in Late Pandemic evokes nostalgia for futures passed. What was once Experimental is now Mainstream. Those CRTVs that still glow emit only chunky grayscale snow while multicolor megapixel Media bathes us in light shining from handheld portals. The Center—may we safely meet there?—is dissolving into parallel Metaverses.

I first met video art pioneer Bill Etra at the 1998 Video History Conference which Sherry Miller Hocking co-organized.  Bill shared with me the first of his many prescient predictions: “media art will go mainstream once video tools are as common as pencil and paper.” Deep in our second year of enforced virtuality, we scribble in the cloud—artists decorate Mainstream Media Metaverses. The Novel Coronavirus was the catalyst that evanesced art made of atoms into the ether; but it was Sherry Miller and Ralph Hocking, Hank Rudolph and Dave Jones—along with all the artists and culture workers who centered around ETC—who steered New Media from our plastic past to our ethereal now.
‍ 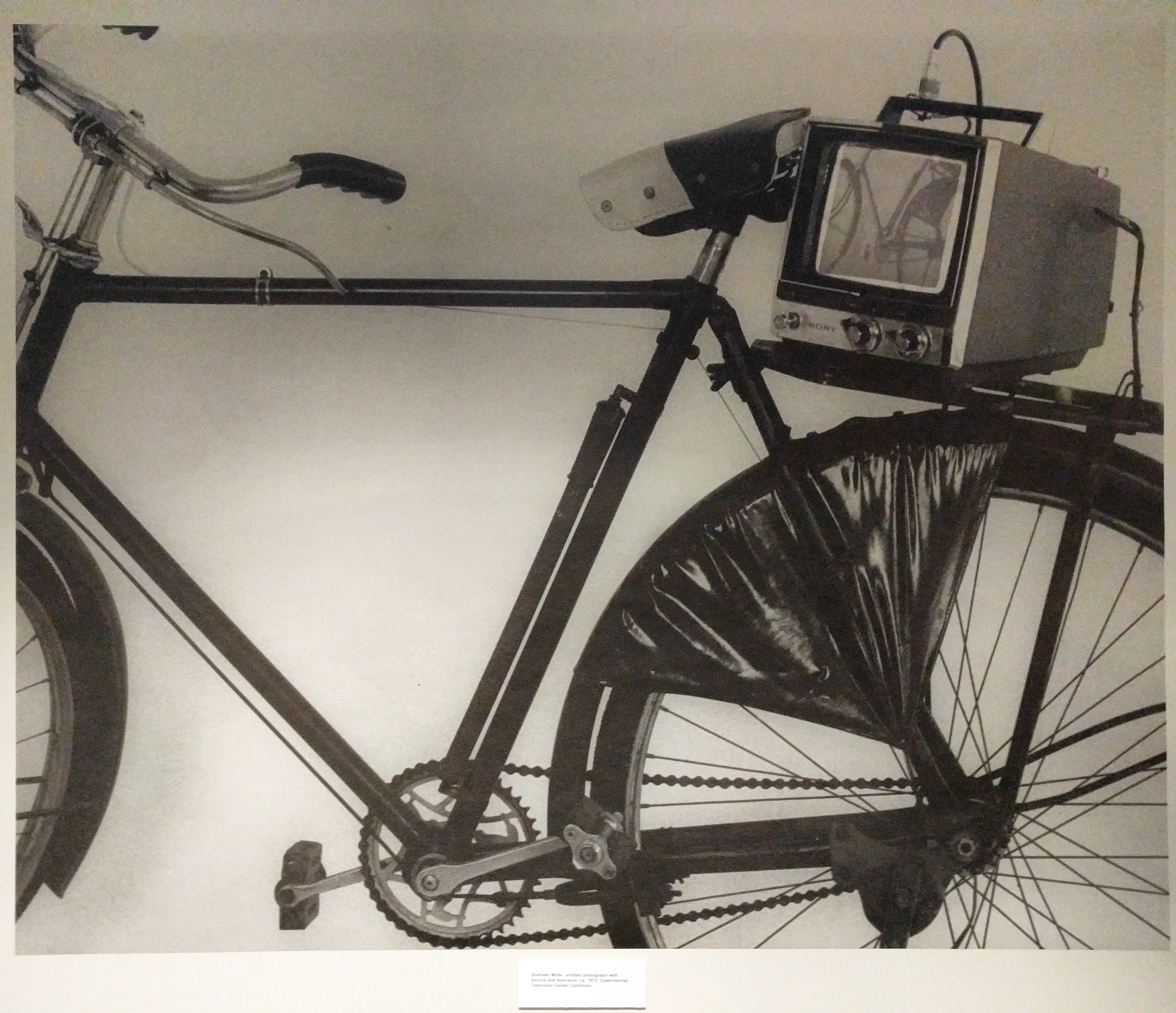 Total Plasticity of the Moving Image

I grew up watching analog video synthesis on Public Television—words twisting in and out of spin-art vortices on Electric Company inspired me to be a video artist at age 6. I fled small-town Pennsylvania to NYC to pursue my video art vision, thinking that my undergrad cinema studies would immerse me in an environment where artists made experimental media like I had seen as a teen from Maya Deren, Stan Brakhage, Nam June Paik, and Laurie Anderson. Unfortunately, NYU Film & TV was all about 'storytelling' and the avant-garde was then in the thralls of post-Structuralist, pre-digital copy-and-paste art. That hand-made, abstract esthetic I loved was out of fashion. The art being shown was cuts-only, sliced and diced from found material: the artist's role reduced to that of offline editor of other's work. Not only was it impossible to find those magical video synths I dreamt about, but the esthetic had been abandoned along with its history.

Thankfully, my prof Reynold Weidenaar told our class about ETC residencies. I was the only student to submit a proposal.
‍
I applied for my first residency in 1989 with a half-baked pitch to make video art out of sweetened breakfast cereals and sugary sweet phrases cooed by lovers. Sherry must have been amused, or maybe I conveyed my enthusiastic imaginings of the Center—that ETC seemed to me a promised land: a place with the tools and space and time for a young artist to pursue the idea the manipulation of video as freely as pigment on paper.

Upon arrival at the Experimental TV Center, I was greeted by Hank Rudolph, who showed me how to patch together all the custom image processing instruments, then left me alone with boxes of synthetic breakfast products, cables and gear. After days of looking at—and eating—artificially colored cereal, I overdosed on sugar and expanded my edible props to include fruits and vegetables:

From Atoms to Bits

The ETC loft embodied its locus in the cultural transition from atoms and bits. Climbing up creaky stairs past shelves of antiques in a small-town riverfront row house, artists arrived in a loft of rough-hewn planks and exposed brick with dusty windows overlooking at one end a collection of 19th century architecture and at the other the placid flow of the Susquehanna waters. Overlooking the river, a bed sat next to a small table which held a pen and the resident artists’ journal. Above the minimal kitchenette was graffiti painted in a font from the 1800s: “ALL YE WHO ENTER HERE ABANDON ALL HOPE.” Overlooking the street were wheeled tripods and stands topped with cameras and lights. Coiled snakes fed their signals to the Center’s core, where hand-built and factory made gear formed a semi-circular ring of pixel power.
‍
Combing through archives for the bits that have survived, the physicality of the ETC experience is striking. At the cusp of the new millennium, we thought of ourselves as forward-looking technology artists; little did we know that just one year later we'd all start falling into tiny hand-held screens, abandoning all our heavy, clunky gear for apps and laptops.
NNeng at Experimental Television Center in 1999 (poster frame: Nancy Meli Walker, photo: Hank Rudolph)

Drawing upon Hank's training, I spent the next few days patching together synthesizers and exploring software on the Amiga. Having been raised by an artist mother and an engineer father, I had a good foundation for understanding how to put these video instruments to use. Though I had access to professional gear at NYU and video facilities where I worked, I drew upon my youthful experience with electronics and analog synthesizers for a better handle on the gear. The conventional TV studio, I learned from Hank and Dave Jones and the Hockings, was a reduction, a subset of all the possibilities that the open-ended 'patch-programmability' of the Center's synths afforded. A conventional switcher offered buttons for various wipe patterns between two signals. At ETC, you could divide the screen between multiple feeds with the Dave Jones Sequencer, draw the divisions with interwoven stripes or curves, and then switch between patches with an audio-reactive trigger. Most expressive for me was the Dave Jones Colorizer, which layered between 6 inputs, each with knob and voltage control over grayscale and primary colors.
NNeng-M: Sleep or Sweat, 1999. Realtime media performance at Experimental Television Center

From the start, I saw the ETC residencies as an opportunity for collaboration. I pitched my ideas for live video jams to my circle of artists; in a baker's half-dozen residency weeks over a couple decades' span, I always had company. My collaborators included Philip R. "Bulk Foodveyor" Bonner, Abigail Child, and multiple residencies with NNeng, a live media improv trio that was later expanded as NNeng-M with dancer, Molly Kittle. With so many knobs to turn, the visual musical potential of the Center was unlocked with multiple hands. The sessions were often playful. In The Vertical Hi-Way sessions, Nancy Meli Walker, Brian Moran and I waged 3-way battles cross-patching our oscillators so that we could build towards climax together, or tear down each other's patterns.
NNeng: Sirens, 1999. Live video synthesis at Experimental Television Center from the VHS release, The Vertical Hi-Way

In 2005, Stephan Moore and I documented our trip to a local Owego laundromat, recording sights and sounds as raw material for image and sound processing back at the TV Center. These excursions into Normalandia (thanks to the Williamsburg Immersionists for the coinage) from the mad scientist lab were a key part of the ETC experience, as studio-tanned Residents would emerge, blinking, into the bright light of day to shop for donuts, or for a mid-week hotel stay for a bourgeois bath and bed. Curious shopkeepers would sometimes ask why we odd folk were in town—rarely were any of the locals aware of the world-renown loft of rare video instruments in their midst.
Benton C Bainbridge & Stephan Moore: Coin-Op (live at Mixology Festival), 2006. Live media remix at Roulette Intermedium, NYC

Next to the loft was a small office and a library. in 1989, as a pre-internet young artist eager to connect with an already vanishing tradition I had just missed, I was relieved to discover these archives. Through these hand-numbered tapes on industrial shelving, media art pioneers taught me new ways of seeing. These tapes, along with later additions including my solo and collaborative media artworks, are now archived in The Rose Goldsen Archive of New Media Art, housed in Cornell University Library's Division of Rare and Special Manuscript Collections.

Tape #001 captured Steina and Woody Vasulka with Jeffrey Schier, testing an early A-to-D system to change palettes with live-coded LUTs. Combing through the shelves seeking fellow artists who approached electronic media as a performable medium, I discovered Henry Coshey Linhart's "video band" The Loobies. My collaborators and I would watch these tapes late at night as a break from patching and inspiration to pull the plugs and start fresh. Reconnecting with our lost tradition, my friends and I sought to expand upon their legacy. The next year, we formed 77 Hz, the first of many live video ensembles I've co-founded. 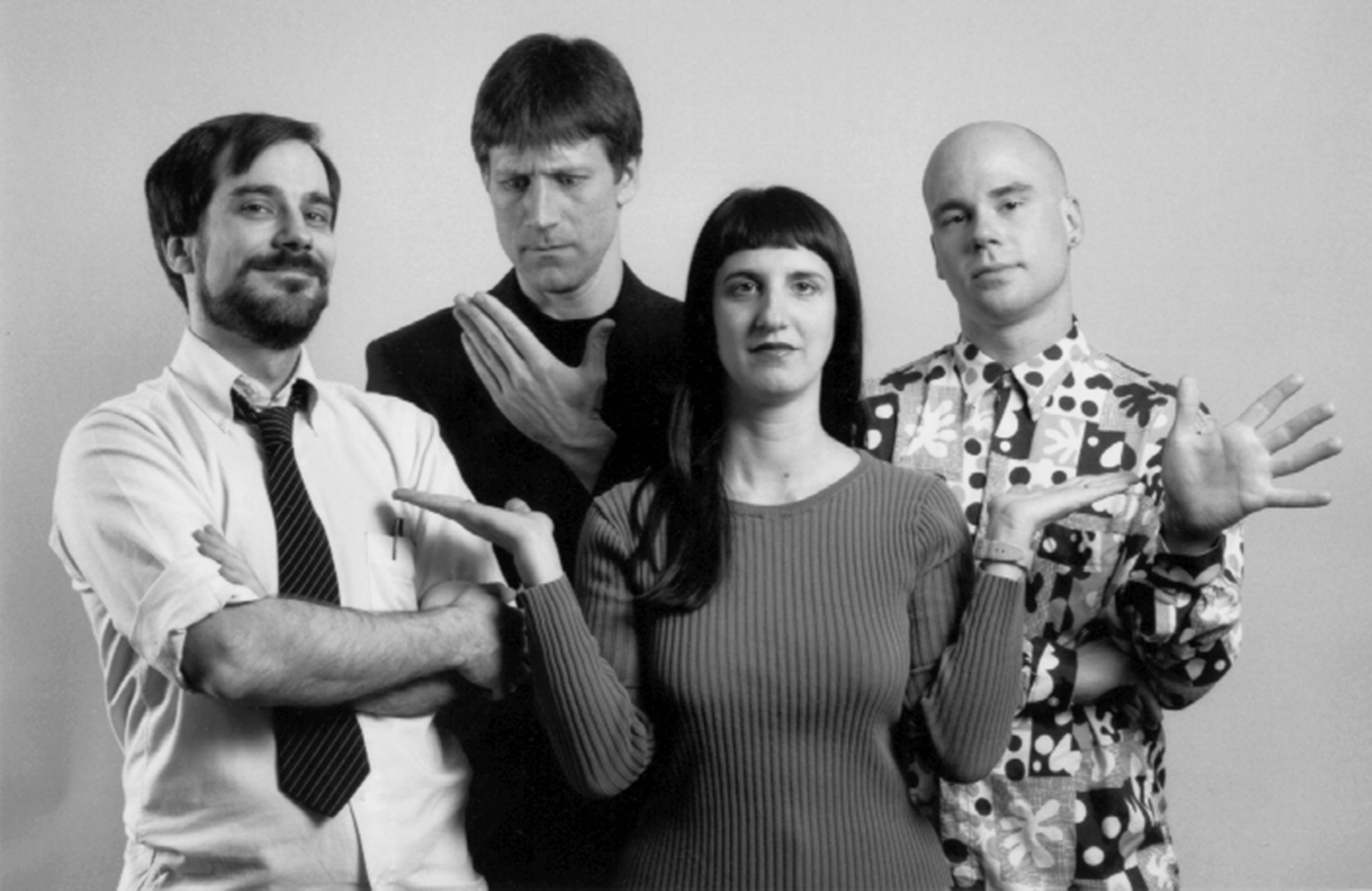 Experimental Television Center support was crucial to re-emergence of the dormant realtime media performance movement I was part of; Sherry Miller Hocking shepherded ETC Presentation Funds and Finishing Funds which enabled our video ensembles to build a small, dedicated following of our live video shows and tape releases. The TV Center also served as the Not-for-Profit umbrella organization for our funding applications. Video gear was painfully expensive in the 90s; without ETC support, it's hard to imagine how our projects like 77 Hz, The Poool, and NNeng would have thrived, much less survived.
Benton C Bainbridge 2015 solo media performance for the ETC exhibition at Hunter College Art Gallery, NYC

ETC in a Suitcase

Experimental Television Center's core mission was to nurture fine art video as a hands-on medium. In 1971, when the Center was founded, TV technology was expensive and user-unfriendly; an early artist could trade a car for a Porta-pak, but few could afford the system engineering to keep a personal television studio humming. Most often, "video artists" didn't manipulate pixels with their own hands. Many early media artists were director/producers using off-hours access to videographers and online editors in broadcast studios. Ralph and Sherry, Dave and Hank believed that time-based electronic artists should have their own well-equipped studios, like any traditional artist.

ETC supported the invention of image processing technologies to put creative tools in the hands of media artists; the electronic analog to tools that plastic artists take for granted. Sherry and Ralph raised funds from NYSCA to build the machines to make media art. Trailblazing inventor Dave Jones led the research and development efforts, which yielded a powerful set of prototypes built around the Jones Input Amp and Output Amp core modules. These modules made possible Dave's "anything in, video out" workflow of signal patching, enabling artists to visualize audio and control voltages as moving image.

The TV Center's philosophy found converts. Artists moved to Owego to build their own visual instruments from Dave's designs, under his guidance as Jones hosted Tuesday afternoon soldering sessions. Unfortunately, the workshops had closed by the time of my first residency. Despite learning rudimentary electronics from my engineer father, I was daunted by the task of building Dave's circuits on my own and I couldn't afford to hire him. Nonetheless, I was an immediate convert and set about acquiring the gear to build my own experimental TV studio. My collaborators and I began a hunt that continues to this day, seeking gear—whether bleeding-edge or obsolete—to enable us to perform visual media like music. We salvaged discarded gear from our day jobs in TV studios, bought Amiga computers, digitizers and software on floppy disks, and emerging tech aimed at the nascent "prosumer" market.

When ETC closed its residency program in 2011, its mission had been accomplished: 21st Century media artists create at home, Sheltering in Place in their own studios. 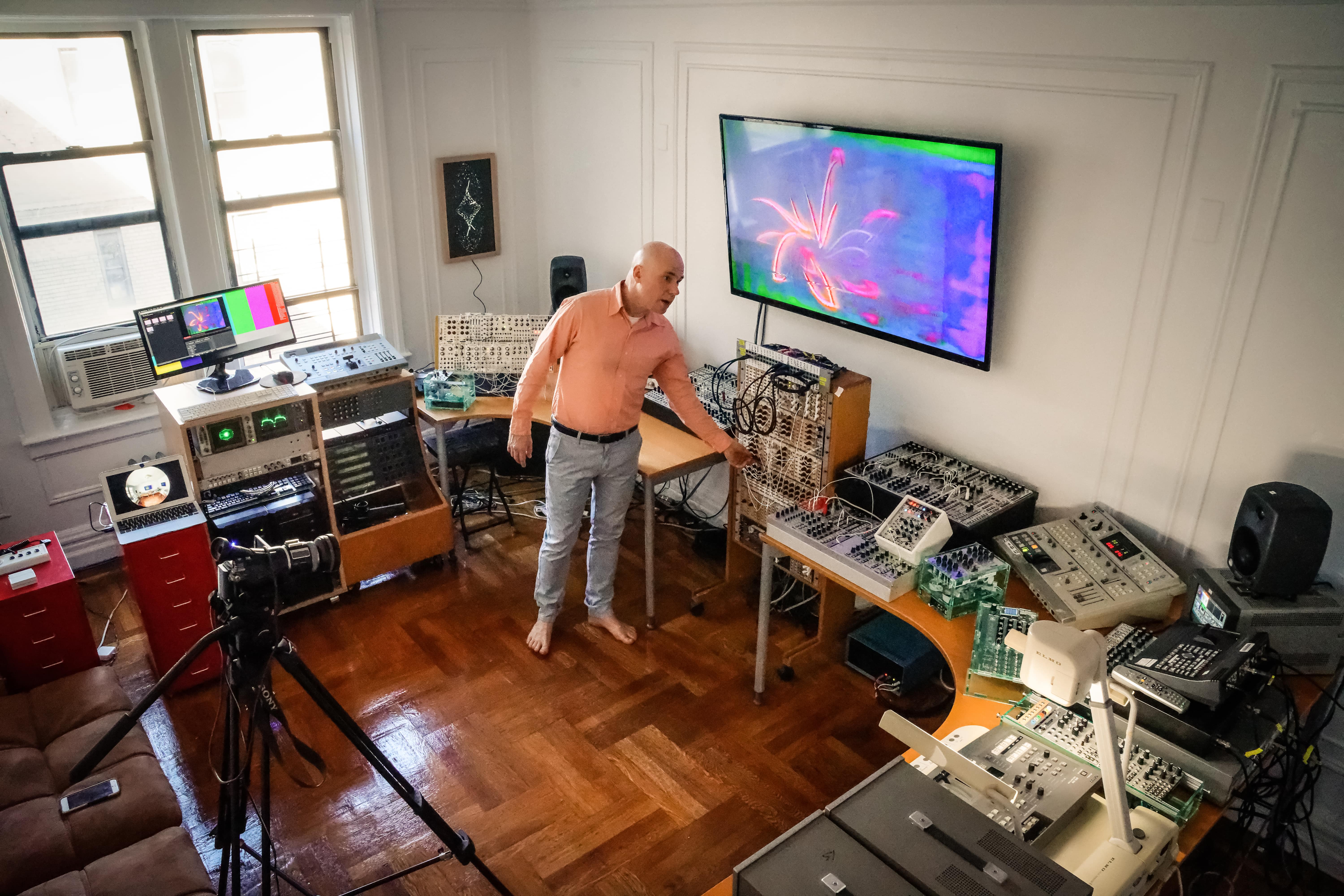 Benton C Bainbridge in pandemic lockdown 2020 in his Bronx home studio, Shelterin' Place. (photo: Corinne Laurice Pulicay)
As of this writing—a decade after the loft on Front Street was decommissioned—we've entered a new era with the resurgence of modular synthesis; Dave Jones is now prototyping Eurorack modules based upon his designs from the 70s through 90s. I've recorded a series of videos in which Dave demonstrates his unique approach to image processing. Well before the closing of the Front Street loft, Ralph had envisioned "ETC in a Suitcase"—a miniaturized version of the Experimental Television Center which could travel to artists' homes. As the legendary studio at the river's edge of an old town fades into our recent past, I look forward to our near future as the next generation conjures unseen visions from the portable legacy of ETC.